Once the body becomes chronically ill, stress is no longer JUST stress. Rather, we become kindled to respond to all stressors with heightened responses.  Lowering our reception of dopamine, inflaming tissues throughout our body, disarming the immune system, weakening the gut, increasing the propensity to food allergies and allergies to all chemical triggers.

There is no wonder once we become this ill we then learn obsessive avoidance patterns to help prevent the condition from worsening.  This state or learned avoidance plagues the sufferer with fear of what may happen should they encounter triggers from one moment to the next. This avoidance tends to be very isolating, but it goes way beyond that because it is our reptilian brain that is engaged with a heightened sense of perspective on Life and Death.

From the non-CFS perspective, others can see that our avoidance behaviours to food, people, chemicals, situations, further trains the brain to have more of a reaction to these things, trains the brain to believe there is more than out there to be afraid of.

Spotting avoidance behaviour is not always enough to turning learned patterns around.  Because when we are threatened by our environment, leading us to experience states of severe lack of safety within our own body, then every potential trigger becomes a threat.

Common thoughts could be .. Am I dying? or ..What’s going to happen to me?

States of mind which require mid-wife through the trauma that has set in.

For this to occur there are many therapies which fall under the remit of brain re-training.  Neuro-Linguistic Programming (NLP), Emotional Freedom Technique (EFT), CBT, EMDR, Meditation, and others are designed to address subscripts which although not conscious, actually dominate 99% of choices, behaviours, patterns.

There are different entry points into psycho-emotional traumas, and so not all therapies work in all cases.

Traumas that have lasting effects in our cells and therefore health are Childhood Traumas – even from the experience of our mother’s womb, Trauma of Stigma and illness itself, Inter-generational Trauma which is passed down from one generation to the next.  If our grandparents were in a concentration camp for instance.  This is the power of the fear response and in particular where Family Constellations can be of great help.  Emotional trauma in general benefits from Breath-work.

We know that when deep trauma is present, inter-generational, then emotional trauma of this magnitude actually imprints on the microbiome of the mother, and then the microbiome is then passed on to the child.  Trauma becoming epigenetically inherited.

There is a vicious cycle within Chronic Fatigue Syndrome, where-by long-term chronic stress can be the main determiner to our stress thresh-hold in the long-term.

This is neuro-plasticity, meaning changeable.  Simply put our nervous systems are capable of forming new pathways for better or for worse.  Neuroplasticity means our brains respond to stimulation, which over time, literally changes the structure of the brain to grow new neuro-pathways causing physiological changes and therefore new responses to dealing with new stressors. Through neuroimaging, it is possible to visibly see these changes, as an increase and a lengthening of neuron dendrites.  Literally building new neural pathways which are wired for stress!

This is a model of neuroplasticity is also known as ‘Limbic Kindling’, the kindling of our nervous system and brain to respond to chemicals.  Chemicals are saturated into our homes and personal care regimes.  Everything from upholstery, hair dyes, cosmetics car fumes, etc and other toxins such as heavy metals from our soil, water and therefore in our food.

Multiple stressors from multiple sources including environmental toxicity have the power to kindle our brain to act on its own as if it were experiencing the stress when it is not!  Acute infections can also kindle the brain to the same effect.

This over-stimulation is of the Hypothalamus-Pituitary-Adrenal (HPA) axis and ultimately lowers our threshold to environmental pollutants so that less chemical or other trigger stimulants are required to activate a chronic stress response.  An assembly for hypersensitivity and reactivity has then occurred.

As the brain becomes affected we can observe changes that affect the physiology of the body.  For instance, we frequently observe the correlation of lowered dopamine typical of CFS sufferers.

The Vagus Nerve, (otherwise known as the nerve of compassion) is governed by the Parasympathetic Nervous System, which induces states of resting, gratitude, happiness, stillness, peace.  This is a profoundly anti-inflammatory state of being.  Good Vagus nerve activity can be induced by deep breathing, where the out-breath is twice as long as the in-breath.

Kindling’s effect on the Sympathetic nervous system also affects lymphatic drainage as lymphatic circulation is rhythmically pumper by the SNS.  Lymphatics cannot rely upon the heart to pump fluids around the body, only a series of valves and SNS regulate this important clearance pathway.

Changes to the lymphatic system can also lead to oxidative stress and cardiomyopathy.

Stress causes Pyrols in the urine.  Pyrols leach B6, Manganese and Zinc from our system. Heam is made from Pyrols, so are P450 enzymes (phase 1 detoxification). Therefore where there are high Pyrols there may also correlate low P450 enzymes.  Reduced P450 enzymes mean reduced liver detoxification, leading to Multiple Chemical Sensitivity and toxicity. 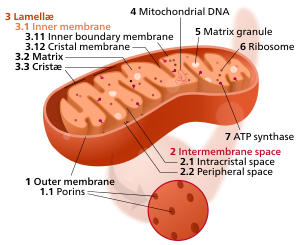 Mitochondria are rod-shaped organelles that can be considered the power generators of the cell, converting oxygen and nutrients into a substance known as Adenosine Tri-Phosphate (ATP).

ATP is the chemical energy “currency” of the cell that powers the cell’s metabolic activities. This process is called aerobic respiration and is the reason we breathe oxygen.

Without mitochondria, humans and animals would likely not exist because we need large amounts of energy in order to survive. In fact, mitochondria enable cells to produce 15 times more ATP (energy currency) than they could otherwise.

Chronic Fatigue Syndrome as we have discussed is a multi-factorial health condition, with a number of imbalances contributing to the overall experience of CFS.  However mitochondrial imbalance can explain more than any other contributory factor Post Exertional Fatigue, which is a key player within differential diagnosis.

Mitochondria’s key function is the Recycling of ATP to ADP and back to ATP.

This cycle relies upon various nutrient substrates such as D Ribose, Carnitine, B3, Co-enzyme A, Co-enzyme Q10.  The role of these substrates is to move into the cell in the process of completing the important recycling metabolic process.

Firstly a deficiency in any of the substrates mentioned above create a BLOCK within the cycle.  Therefore nutrient deficiency plays into mitochondrial insufficiency.

And because Carnitine, Co-enzyme Q10, and other substrates result from a process called methylation (a biological process that will be expanded on in subsequent Blog posts), when a person under-methylates there is automatically a material deficiency regarding these substrates.

Further to, there is a protein called translocator protein responsible for moving ATP and ADP from the mitochondria cell to the cytosol of the cell.  When mitochondria sense that ADP/ATP has been depleted, used up for cells function, etc, then this triggers mitochondria to produce more ATP. So this constant recycling occurs.

The key thing about those individuals who struggle with a rate-limiting factor is when they push through, meaning that they carry on doing exercise when or even in some cases just daily chores and tasks throughout their day, and they are not capable recycling the ADP to ATP then the body goes into emergency mode.  What this means is that the body then targets ADP to be broken down instead because there is not ample ATP because boundaries have been crossed.

ADP is then broken down to AMP, which is a purine and is lost to the system since it is then urinated out of the body.  Understood by leaders in the field of CFS to be a metabolic disaster.  This is where Post Exertional Fatigue comes from.  Usually, the person pushes through and can feel fine, and even feel fine the following day. But the day after that could be when they crash!!!

AMP cannot be recycled.  ADP then has to be built from scratch before it is then recycled to ATP.

However Mitochondrial function is not enough to create CFS on its own.  Rather understood a down-stream consequence of other factors.

A key factor in how the disease is managed as well as forged is the personality type of the person.  If you are a perfectionist for instance who finds it hard to pace, then typically as soon as the person has some energy they use it up again.

Because these cookies are strictly necessary to deliver the website, refusing them will have impact how our site functions. You always can block or delete cookies by changing your browser settings and force blocking all cookies on this website. But this will always prompt you to accept/refuse cookies when revisiting our site.