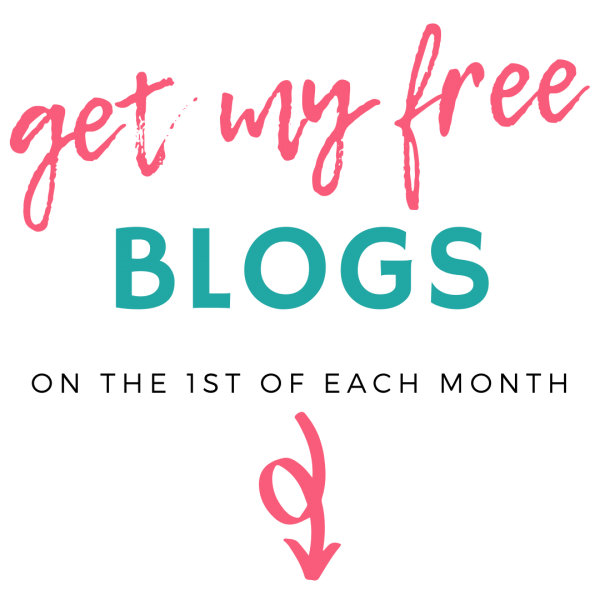 ARE YOU QUESTIONING THE NARRATIVE ?

Dr Shiva has multiple degrees from MIT, and PhD in biological engineering. Dr Shiva was also the originator of Email, holding all copyright.

Which is a disease that is more about a weakened and dysfunctional immune system, that over reacts and that is what causes damage to the body. Unfortunately Fauci has not talked about this.  The reason being, that this solution has nothing to do with mandating vaccines and shutting down the country.  Consequently, many people are now questioning Fauci and Brix.

Taking it back a step, if you consider the typical MD, the medical school education is typically and Big Pharma medical education with the promise of a drug or a harsh medical intervention for each disease.  So, when you consider Dr Fauci and Dr Brix, they are at the Top of their game and highly embedded in the pharmaceutical model of medical education and the Big Pharma model of what the solution is.   The solution will always be a direct line, between find a virus or a bug and then recommend a vaccine some harsh chemical solution. Most of that has to do with profiting some of the big pharmaceutical companies.”

Shiva believes that Fauci is the worst example of the scientific model. This is not Fauci’s first rodeo!

“Dr Fauci architect-ed the lie that HIV is responsible for AIDS. He built his entire career on that.  Rather than talking about that AIDS is the result of suppression of the immune system.  When the immune system gets suppressed you react to all sorts of exogenous chemicals and environmental toxins.  On the subject of maintaining a healthy and robust immune system, there seems to be an over respect to our MDs. Since MDs do not specifically study the immune system in medical school.

What we are looking at here, is essentially destroying the economy as a vehicle to impose vaccine mandate, which come with an opportunity to suppress decent and destroy freedom, ultimately curtailing our civil rights.

Let’s look at some figure: H1N1 we had 60,000 deaths, CV-19 we have 10,000 death, and this is without accurate figures. Thanks to the CDC and WHO, who are responsible for deciding on the diagnosis codes.  You see the problem is, we don’t even know what the numerator or the denominator are, because they are blanketly assigning cv-19 codes to all deaths, no matter what the patient passes away from.

Code 2 > means that the diagnosis is nebulous”

Dr Shiva states that a letter came out which went to hospital administrators, from the WHO, instructing them to purposefully and intentionally blur both of those codes. Drs are also being instructed to count deaths as CV-19 deaths even if they die from a different condition, but had contact with someone who had coronavirus.”

“Even when the test has been completed and takes too long to come back, they are still putting the cause of death as CV-19.  Increasing the numerator!  So there is a cooking of the books and kickbacks for the ventilators.  This all points to a collusion which points to something other than the saving people’s lives.

Critically ill patients, when put onto ventilator can burst and further damage the lungs. Because the lungs are being filled with fluid.  The fluid is occurring due to an over-reactive immune system which can be addressed by IV vitamin see.  See link to Dr Saul’s work and recommendations.  The fact remains, 80-90% of those put on to ventilators are dying.”  Dr Shiva says this is literally a death sentence.

“We live in the era of personalised and precision medicine, which means that one size does NOT fit all.

Dr Fauci’s model is a Medieval model of medicine. Another approach that we should be exploring, is taking those who are immuno-compromised, and support this vulnerable group with self-isolation and immune-system supporting nutrients; vitamin D, vitamin A, vitamin C. And the rest of us should be back at work.

According to the Landmark study; socially distancing and isolating people is one of the worst, most detriments acts, rating worse that obesity, smoking and heart disease in terms of fatality.

Social isolation leads to an regulation of inflammatory compounds and a down regulation of anti viral compounds.  So you are increasing the vulnerability to viral infection, by the stress being caused by social isolation.  At the same time we are instructed NOT to go out – in the sun. Which means a decrease in vitamin D. Vitamin D is an anti viral.”

Dr Shiva strongly believes that the advice given is directly hurting people rather than supporting them.

“All brought to us by the media.  It is the nonsensical science that Fauci is expounding, and needs addressing.”  Or if you take a controversial perspective, to be exposed.

“We need to talk about building up people’s immune system.  But what seems to be rolled out, is dirty air, dirty water, dirty food with glyphosate, and now dirty wireless, which is another subject for discussion. All of which weakens the immune system.  With the presented solution: Vaccine mandates.  And those who do not comply are unable to participate in society; renew your driver’s license for instance. “

Are we developing a police State type mentality? Which essentially means control of the individual”

“We seem to be exporting the Chinese model of government, top down, controlling the last oasis of freedom, the human body. Yes, it’s a dangerous time, but it’s also an opportunity for us to go back to our routes.  To take back what really belongs to us; our truth freedom and health. “

We need to be moving forward; toward Truth, Freedom, Health.

The real solution as presented by Dr Shiva:

“The pharmaceutical model for 100’s years has always built its entire foundation on blaming a virus, germ or bacteria.

The virus and bacterial hunters area creating fear. But the reality is that the innate immune system is actually quite strong.  We are actually a walking ecosystem of germs.  We are made up of 380 trillion viruses, 60 trillion bacteria among our 6 trillion cells. There are viruses all around us.

The stronger immune system always handles this beautifully. It’s the weakened immune system that does not handle viruses and bacteria.

So, all the masks that we are instructed and encouraged to wear now, well people didn’t wear this throughout humanity.  Therefore the real solution is beefing up the immune system, but Fauci and Gates are NOT talking about this. And neither are any of the media channels.

Dr Rashid Buttar trained originally in general surgery and emergency medicine, serving as brigade surgeon in the US army.

Today, Rashid is an osteopathic physician best known for we call the coronavirus agenda; the real story behind the origin of cv-19, the intent to role back our civil liberties, and exposing the various forces responsible for it.

Rashid authored 9 steps to keep the doctor away becoming a wall-street journal, and international bestseller.  The next 2 hours may just be the most important 2 hours of your life.

I personally have no vested interest to suggest this other than supporting humanity to take back lives and our power lost to this smokes and mirrors charade.

So before your turn away thinking this is conspiracy, consider WHO invented the term ‘conspiracy’? They CIA, after Kennedy was shot – as a way to instigate social shaming.

THIS DOCUMENTARY CHANGED MY LIFE, INDESCRIBABLY FOR EVER. IT IS THE MOST IMPORTANT DOCUMENTARY THAT YOU WILL EVER SEE – I URGE YOU, PLEASE WATCH IT NOW

Out of Shadows The Documentary

The Out Of Shadows documentary lifts the mask on how the mainstream media & Hollywood manipulate & control the masses by spreading propaganda throughout their content. Our goal is to wake up the general public by shedding light on how we all have been lied to & brainwashed by a hidden enemy with a sinister agenda.

This project is the result of two years of blood, sweat and tears by a team of woke professionals. It’s been independently produced and funded and is available on many different platforms for FREE for anyone to watch. Patriots made this documentary with the sole purpose of getting the truth out there.

This website uses cookies to improve your experience while you navigate through the website. Out of these, the cookies that are categorized as necessary are stored on your browser as they are essential for the working of basic functionalities of the website. We also use third-party cookies that help us analyze and understand how you use this website. These cookies will be stored in your browser only with your consent. You also have the option to opt-out of these cookies. But opting out of some of these cookies may affect your browsing experience.
Necessary Always Enabled

Any cookies that may not be particularly necessary for the website to function and is used specifically to collect user personal data via analytics, ads, other embedded contents are termed as non-necessary cookies. It is mandatory to procure user consent prior to running these cookies on your website.